Skip to main content
Home » What’s New » What are some studies and misconceptions regarding myopia management? 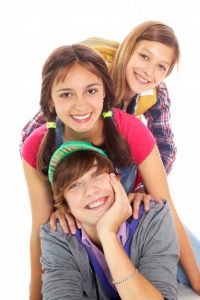 Dr. Moshe Roth: There was a study that came out recently about atropine and how it can benefit someone. They took two groups, one that was on atropine and one group that was not, and for those that were on the atropine, about 70% did not increase as fast as their counterparts.

There was also a study that shows that school-age children are more likely to have myopia because they spend so much time doing close work.

And while there’s some research pointing towards spending more time outdoors, preventing myopia is not really about that. That’s really a misnomer, as it’s often, well, kids should be outdoors. It’s frustrating to me because it’s not the lack of sunlight, it’s the fact that when somebody’s indoors, they’re in school, they’re studying, they’re reading, it’s not the fact that it’s out of doors, it’s about what they’re doing  - that’s what’s producing the myopia. Without a doubt, excessive close, near-sight vision is causing myopia and those people that say “Well, people should spend time outdoors in the sun”, that’s just silly. It’s not the sunlight that’s doing it. It’s because when they’re outdoors, they’re not reading because they’re outdoors. If you read outdoors, your kids would still become myopic.

It’s not whether you’re under a roof or not under a roof, it’s about what you’re doing, but the point is, that when reading, you are typically indoors.

There was a recent study wherein a couple of places in Asia, they opened the roof or they added artificial sunlight in the classroom. There’s artificial sunlight in the room to make it a more natural setting. That’s how they are trying to fight myopia, that won’t necessarily help anything. You just changed the lightbulbs, basically. The kids are still reading constantly. They’re not going outdoors. They just changed the lighting source.