Orthokeratology is a revolutionary non-surgical treatment that uses specially designed lenses to improve your natural vision in a matter of hours - days - weeks.  Lenses are worn while sleeping and are removed upon awakening.  Orthokeratology can dramatically improve your nearsightedness, astigmatism, and even farsightedness as quickly as the next day after beginning therapy.  Ortho-K can also help people that need bifocals or progressives.

This marvelous method of vision improvement is FDA approved for both children and adults, and although it is new to many people, it actually began 50 years ago, in 1962.  Ortho-K is safe, effective, and best of all, it is non-surgical.

Orthokeratology is similar in many respects to Orthodonture, and has been explained as "braces for your eyes".  Retainer lenses are worn while sleeping to maintain clear vision.

Initially, Orthokeratology attracted the interest of adults who wanted to enter certain careers such as pilots, police officers and the military. Orthokeratology is particularly effective in controlling the progression of myopia (nearsighted) in children. In the US, 1 out of 4 children are nearsighted.

What are advantages of Ortho-K over regular eyeglasses?

For children, is that there is often little or no progression of nearsightedness.

For adults, the advantage of Ortho-K for is the freedom of seeing clearly without having to wear eyeglasses.

Many people do not like to be encumbered by eyeglasses during the day or when they are playing sports.  They just want to be able to see.

Why not just wear Eyeglasses or Contact Lenses during the day?

The advantages of Ortho-K over regular eyeglasses is that there is often no progression or considerably less progression of nearsightedness.

Ortho-K lenses have a safety record similar to those of regular contacts. Unlike lenses worn during the day that change or disrupt the tear film on the eye, Orthokeratology lenses are worn only at night.  All soft contact lenses dry out during the day.  With Ortho-K there is nothing in the eye during the day, so there is no soft lens in the eye to dry out!

Is it FDA Approved?

Orthokeratology is an FDA approved, non-surgical procedure, for vision improvement, for both children and adults.

Surgical refractive procedures are approved only for adults.  Ortho-K therefore is really the only way to correct myopia if a child is already nearsighted.

Why have I not heard of Ortho-K?

Ortho-K began in 1962, but people still have not heard of it.  Orthokeratology is taught in all optometry schools and colleges, but not all doctors choose to offer this technology, in the same way that not all dentists choose to provide Orthodonture.  New lenses, new materials, and new designs have improved the results of Ortho-K.  Ortho-K is safe, effective, and best of all, it is non-surgical.

Orthokeratology achieves its benefits by using specially designed lenses while sleeping in order to attain better vision.  In the US, 1 out of 4 children are nearsighted (25%).  Orthokeratology is particularly effective in myopia (nearsighted) control in children, especially for

Most children easily understand the concept of Orthokeratology because it is so similar to Orthodonture; braces for teeth that are not straight.  Children understand that they see a special type of dentist, an Orthodontist.  Similarly, there are eye doctors that have special training and are certified in this special procedure, Orthokeratology.

The lenses have a safety record that is similar to those of regular contacts. Many people who wear soft lenses complain of feeling dry by the end of the day as the lenses dry out.  They enjoy Orthokeratology because unlike day lenses, they are not wearing anything in the eye throughout the day.  There is no soft lens in the eye to dry out!

Initially, Orthokeratology attracted the interest of adults who wanted to enter certain careers such as pilots, police officers and the military.  Many adults simply want to be able to see more clearly, both for distance and for near.  Some people want to be able to see unencumbered by eyeglasses or daytime contact lenses.  Soft lenses can feel dry after several hours of wear, particularly for individuals that spend considerable time on computer. Ortho-K is particularly appealing for people who work in dusty, dirty environments that can make contact lens wear difficult.

Others want to be able to play sports such as skiing, tennis or baseball without having to wear eyeglasses.

Many people don't want to take the risks associated with LASIK or are not good candidates for LASIK because their corneas are thin or they have large pupils.

Another reason that Ortho-K is appealing is because it has the flexibility of being modified if someone's near vision changers as they become older.  It can be discontinued at any time without permanent change to the eye.  People of any age can benefit from the procedure, as long as their eyes are healthy.

For directions & Info about our location 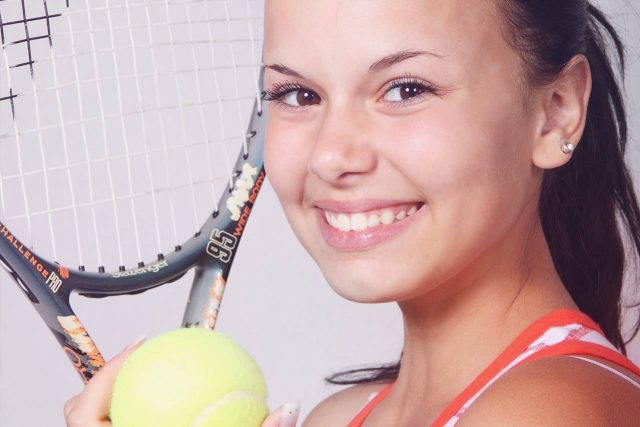