The term “Lazy Eye” is often confused. Many people understand lazy eye to mean an eye that turns in or out. The medical term for that is Strabismus. Amblyopia, which is different, means that the “wiring” between the eye and the brain was not developed and therefore visual information is not being processed by the brain. Although different, both Strabismus and Amblyopia can be present at the same time. They can also occur separately. Someone can have:

Esotropia (one eye turns in relative to the other) commonly causes amblyopia.

Exotropia (one eye turns out relative to the other) commonly does not cause amblyopia.

The eyes point straight, but if there is a large difference in power between the two eyes, or if there is a high refractive condition in both eyes, the amblyopia is not obvious to others.

Strabismus is also called Crossed Eyes, Wandering Eyes, or Wall Eye. It is the inability to point both eyes in the same direction at the same time.

It may alternate, which means that at times one eye turns while at other times, it is the other eye that turns.

What does suppression mean?

Strabismus may cause double vision (diplopia). In order to avoid seeing double, vision in one eye may be ignored (suppressed).

If this occurs from birth or soon after, then the ignored eye does not develop the “wiring” or signal to the brain, and this ends up causing a lazy eye (amblyopia). This means that the wiring between the eye and the brain has not developed. Amblyopia (lazy eye) can occur even if the eyes are pointing straight.

The two main reasons that someone may have amblyopia (lazy eye) without strabismus (an eye turn) is when there is:

Crossed eyes most often develop in infants and young children, although it can occur in adults. This may also be caused by:

People sometimes say "don't worry, your child will 'grow out of it'.  This is a mistake.  In most cases the problem does not improve as the child grows. Treatment varies depending on the cause of the eye-turning, and may include:

Eye muscle surgery can sometimes make the eyes appear to others as if it is straight, but it rarely aligns with the other eye, and the amblyopia continues.  A program of Vision Therapy is usually needed in order to restore visual function and the ability to use the two eyes together as a team.

Our two eyes are intended to work together as a binocular system. When our two eyes work together well, we can easily and efficiently measure the location of objects in relation to ourselves. This is termed depth perception. Binocular vision makes it easier for us to ride a bicycle, drive a car, or direct many other daily activities.

An eye that wanders is much more than just an appearance problem. For example, reading demands accurate binocular vision. When a person's eyes do not aim at the same place accurately and simultaneously, he or she will have much more difficulty with large amounts of reading, writing, and other close work.

Treatments for strabismus involves lenses, prisms, and vision therapy. Some doctors still advocate patching one eye, although patching does not help the person gain the ability to use the two eyes together. Please read the page on amblyopia, as amblyopia can occur in certain cases of strabismus.  If this is confusing, don't worry, you're not alone.  We will be happy to explain it when you are in office.

The two common types of amblyopia are Strabismic Amblyopia and Refractive Amblyopia.

Strabismus is the condition in which the two eyes are not pointing in the same direction and are not well aligned. Often, this misalignment is not obvious, and this is why it is easily missed by parents or even doctors. The eye may be healthy and not have a disease, but because the two eyes are not well aligned, a clear image is not developed in the brain. Strabismus may be constant or intermittent. It is much more common for amblyopia to develop if the eye turns in rather than if the eye turns out.

There are two kinds of refractive Amblyopia: Unilateral and Bilateral.

Bilateral Amblyopia ― amblyopia in both channels/eyes ―occurs when the power (prescription) in both eyes is very high, and therefore clear vision does not develop in either eye.

It’s important to correct amblyopia as early as possible before the brain ignores vision in the affected eye. Adults, do not despair because amblyopia is treatable in adults as well. Brain plasticity enables even adults to address amblyopia.

Amblyopia leads to poor visual acuity, but more importantly, it leads to poor eye coordination and poor depth perception. It can lead to clumsiness, tripping or knocking into things, and difficulty with catching a ball accurately. It may lead to difficulties with reading and learning.

How can we solve Amblyopia?

Amblyopia is often best treated by Vision Therapy.
First, the source of the amblyopia must be identified. When indicated, eyeglasses are prescribed. Many eye doctors in Old Bridge, NJ, particularly Pediatric Ophthalmologists, begin treatment by patching the “bad” eye. Patching typically doesn’t work, and when it doesn’t, some doctors recommend atropine eye drops.

Please understand that there is not really a “good” eye and a “bad” eye.

It is important to understand that there are different approaches to the treatment of amblyopia;

In the same way that it was difficult for a parent to identify if someone had the problem, to begin with, it is often difficult for them to know if a doctor’s recommendation to patch the eye is really working. They, therefore, may be losing time with an ineffective outdated treatment plan. Amblyopia does not go away on its own.

Untreated amblyopia can lead to permanent visual problems and poor depth perception. To prevent this and to give your child the best vision possible, amblyopia should be treated early by vision therapy.An old axiom that is still held by many East Brunswick eye doctors is that amblyopia must be detected and aggressively treated before the age of 8 or 9. In reality, amblyopia can be treated at any age, although clearly, if treated earlier, it is often simpler and quicker to address. Not only is 20/20 acuity usually attainable, but more significantly, the individual will then be able to use the two eyes together as a team. 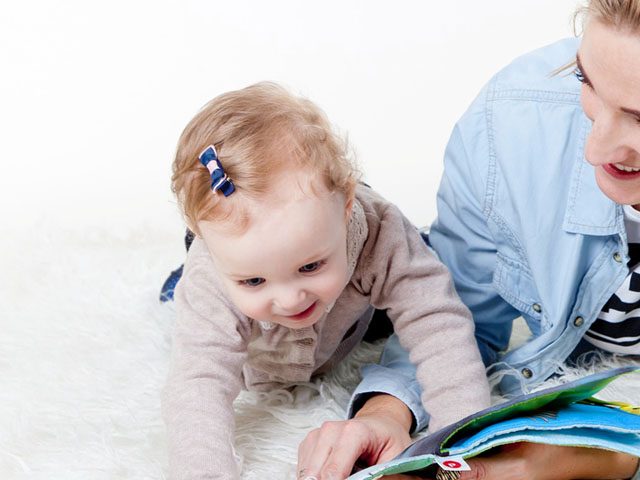 Clearly, when the problem is Refractive Amblyopia, the two eyes are pointing straight, so there is no indication for surgery whatsoever.

When the problem is Refractive Amblyopia, many doctors prescribe patching the "bad" eye. Patching often does not yield the results of long-term improvement. Jillian's Story, is a very good book to read about this. The book is authored by Renee Benoit, Jillian’s mother, who tells her daughter's story of frustration and unsuccessful outcome of patching. It is written as one parent to another.

Vision Therapy is a specific treatment plan to address the underlying problem so ultimately the individual can then use their two eyes to work as a team, thus restoring vision.

The rationale is that the 'stronger eye' is patched in order to force the weaker eye to work harder. Patching is often prescribed for several hours each day or even all day long. It may continue for weeks or months. Most children do not like wearing the patch because

they then lose the information from the whole side of the body that the patch is on.
they become disoriented because they now see blurry since the can no longer use their 'good eye'.
other children make fun of them.
Is there any wonder then as to why a child would not want to wear a patch?

At times, contact lenses offer the best treatment because they allow for an equal sized picture on the retina, the back of the eye. Eyeglasses can't do that. Eyeglasses give a magnified view on the side with the higher power lens. The images then cannot be combined in the brain. Contact lenses have the benefit of eliminating that size difference.

Rarely, an occluding contact lens is used. This has the advantage of patching, but without using a patch. The advantages are that the child cannot look over the contact lens as they would with eyeglasses, and a second advantage is that there is no “pirate” look.

At times, a contact lens is worn to blur the image of the "good" eye in order to enable the patients to continue receiving information from that channel, but without blocking it off totally. Remember, the idea behind the therapy is to enable the individual to ultimately use the two eyes together as a team. The closer the therapy is to real life, the more likely the success.

Rarely, treatment of amblyopia with atropine is used. One drop is placed in the child's "good" eye, blurring the vision in that eye. This enables the brain to begin to use the eye that had not been seeing. The advantage is that the parent no longer has to make sure that the child wears the eye patch.

What If Surgery Had Already Been Done?

Surgery rarely corrects the muscle problem that causes strabismus, even if the eyes look straight. In most cases, the eyes never focus together and see properly. Surgery tries to address the way someone looks to others. It does not address how the person with strabismus sees, even after surgery. Vision Therapy, although now more complicated and more involved after surgical 'correction", can address and often correct the amblyopia.

Dr. Susan Barry, a neurobiologist (not an eye doctor) describes her ordeal in her book, Fixing My Gaze. She describes how she had 3 strabismus surgeries at a young age, and never gained the ability to use her two eyes together as a team. As an adult, near 50 years old, she had Vision Therapy and obtained that ability. This attests to the brain's ability to change, a concept called neuroplasticity.

Our patients and parents talk about the profound improvements achieved through effective Vision Therapy. Click on the images to hear their stories! We now have a blog which may include even more testimonials! 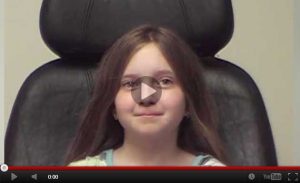 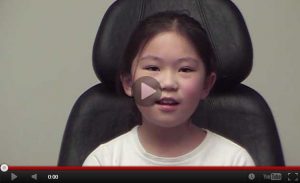