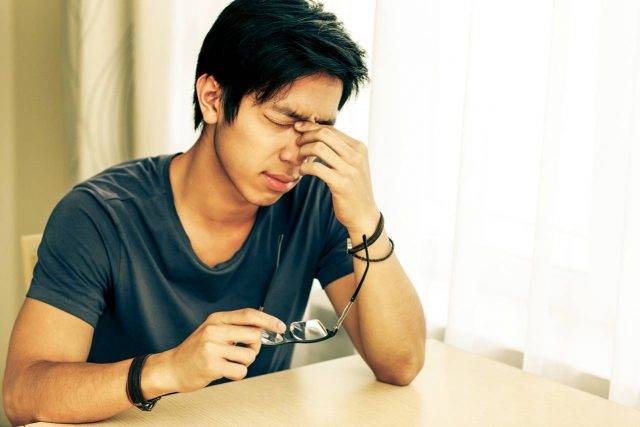 This same research group had previously found that BLUE light hurts blind patients who had Migraines. These were individuals who were not able to detect color, and yet Blue light bothered them. That raised a question: if blue light bothered this group, then perhaps BLOCKING the blue light could alleviate some sensitivity to light for people who HAVE migraines.

The researchers then asked patients who had migraine attacks to report any change when they were exposed to different intensities of blue, green, amber, and red light. Any light, with the exception of green light, caused 80% of migraine sufferers to have a worse headache. A significant number, 20%, reported that the green light actually REDUCED their pain by about 20%. The researchers then designed experiments to determine why green light causes less pain to migraine sufferers. They measured the amount of electrical signals generated by the retina (in the eye) and the cortex (in the brain) for each color of light. They found that blue and red lights generated the largest signals in both the retina and the cortex. Greenlight generated the smallest signals.

They then used animal models of migraine to study neurons in the thalamus, an area of the brain that transmits information about light from the eye to the cortex. They found that these neurons responded most to blue light and least to green light, and they concluded that this explains why the migraine brain responds favorably to green light.